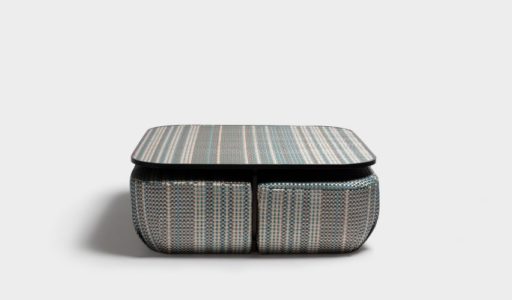 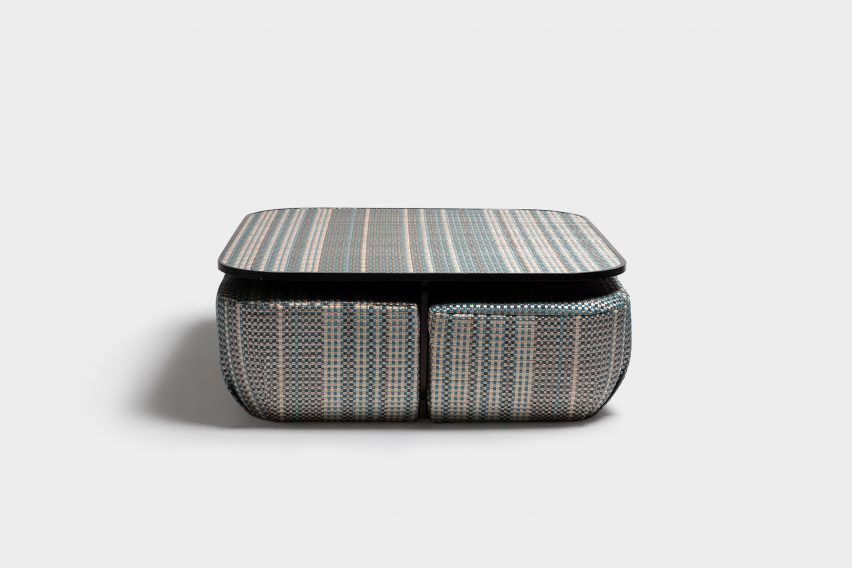 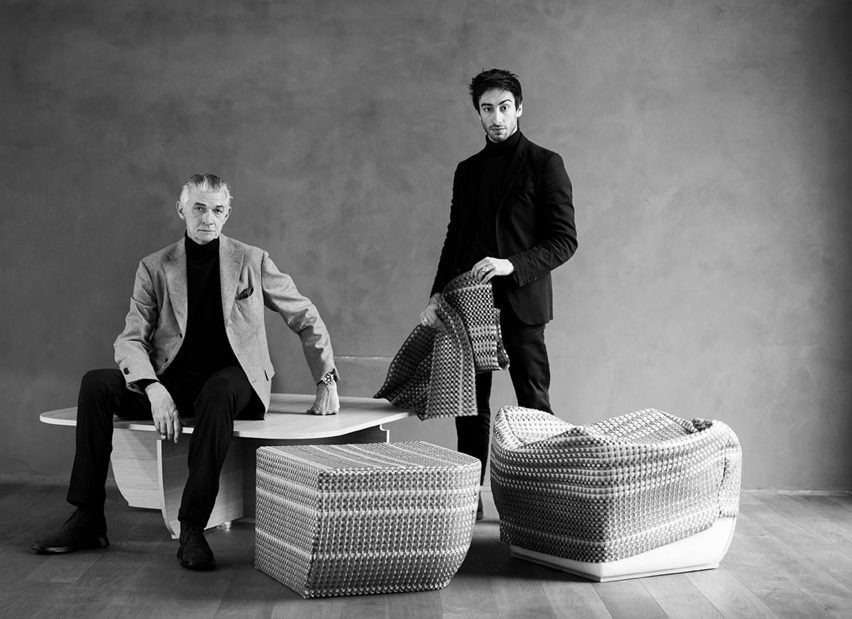 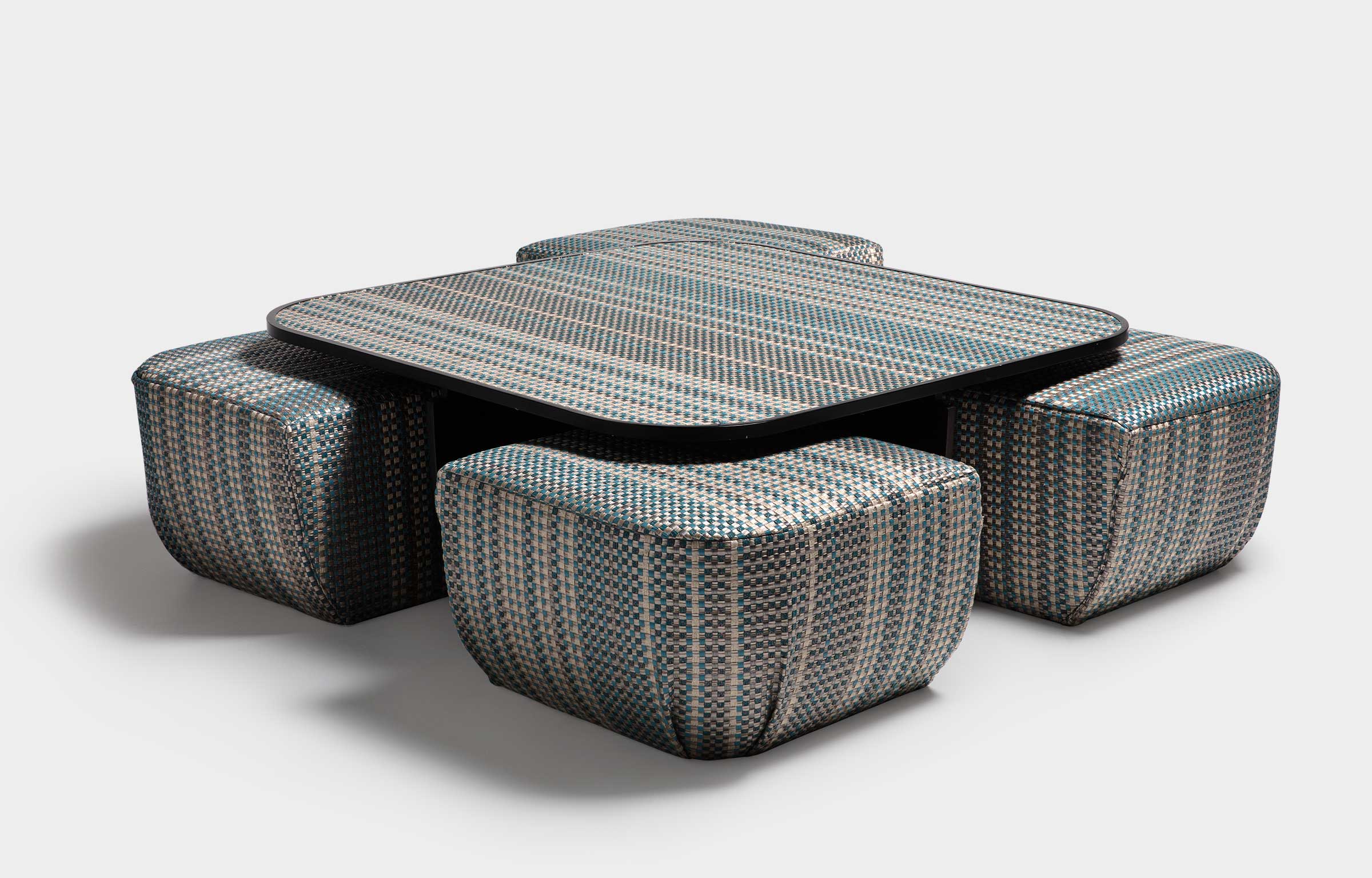 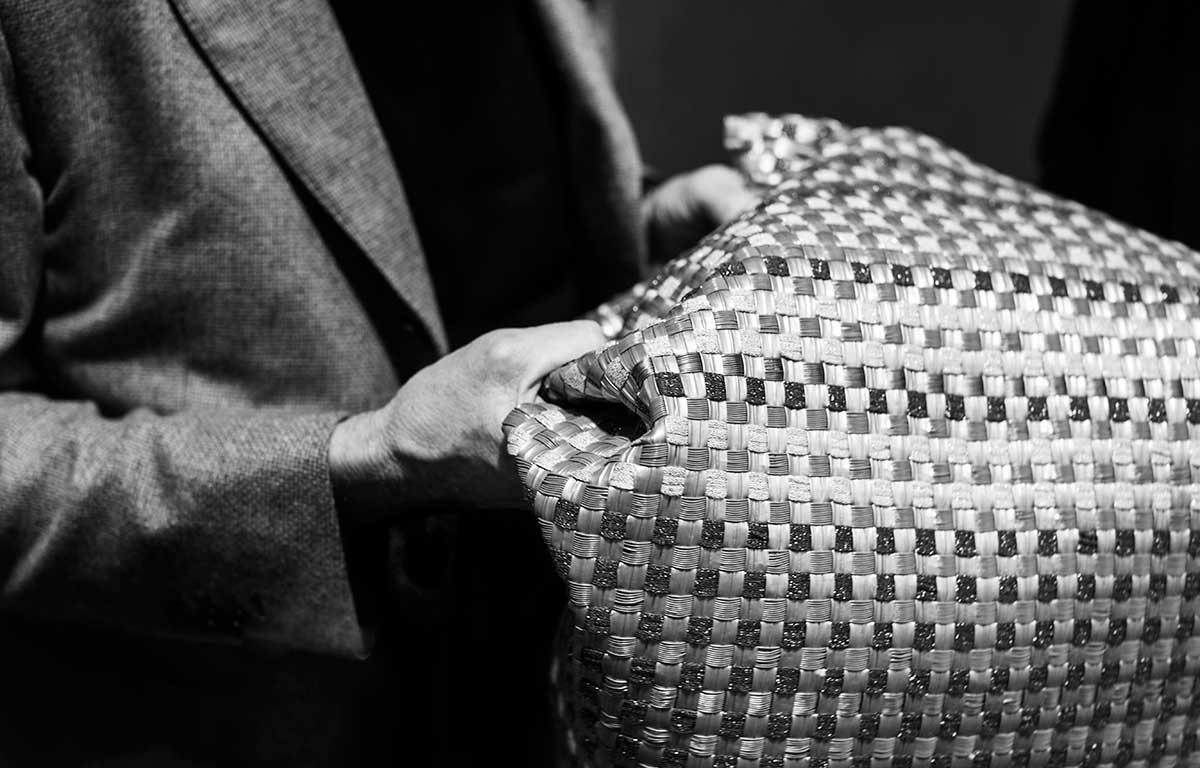 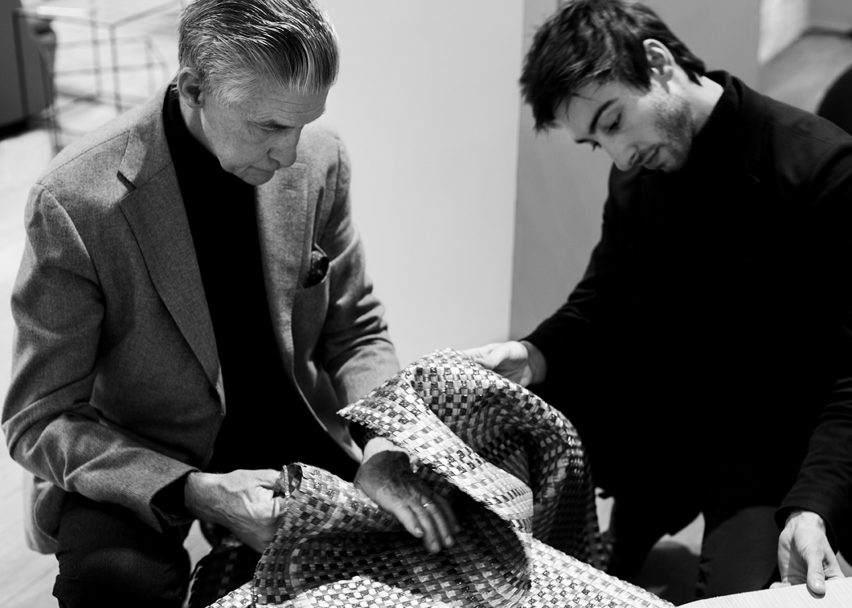 Bolon is famous for its woven vinyl flooring, but at Stockholm Design Week last month the Swedish brand presented a series of experimental furniture pieces upholstered with Bolon material. One such piece was a version of a product called Anemos, a coffee table with four retractable seats that Italian designer Antonio Facco originally designed for Cappellini in 2015. Cappellini and Facco wanted to create a version of the product with fully upholstered seats and chose to experiment with a new hybrid material developed by Bolon called Villa La Madonna.