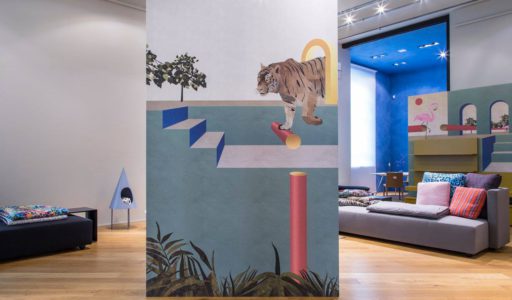 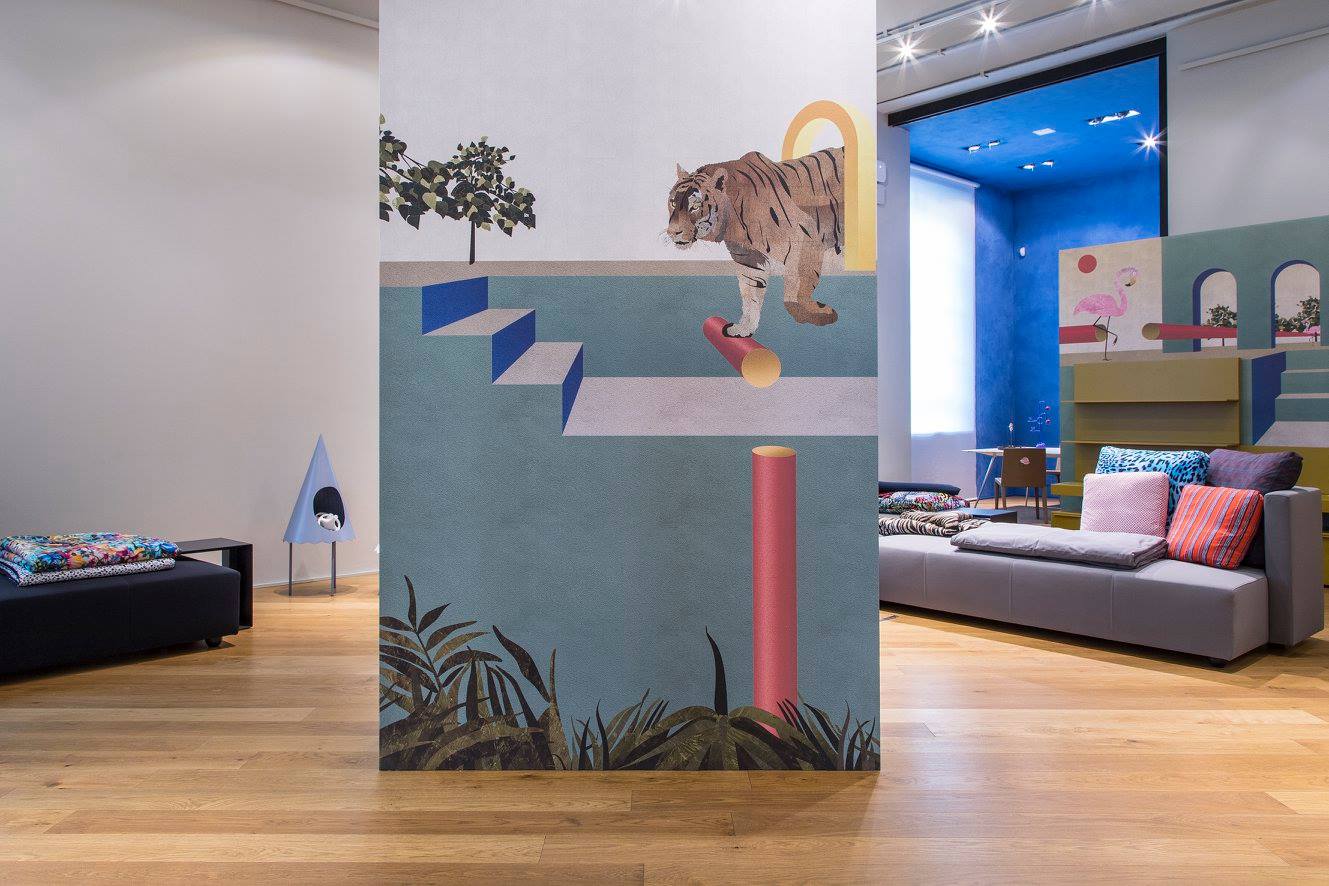 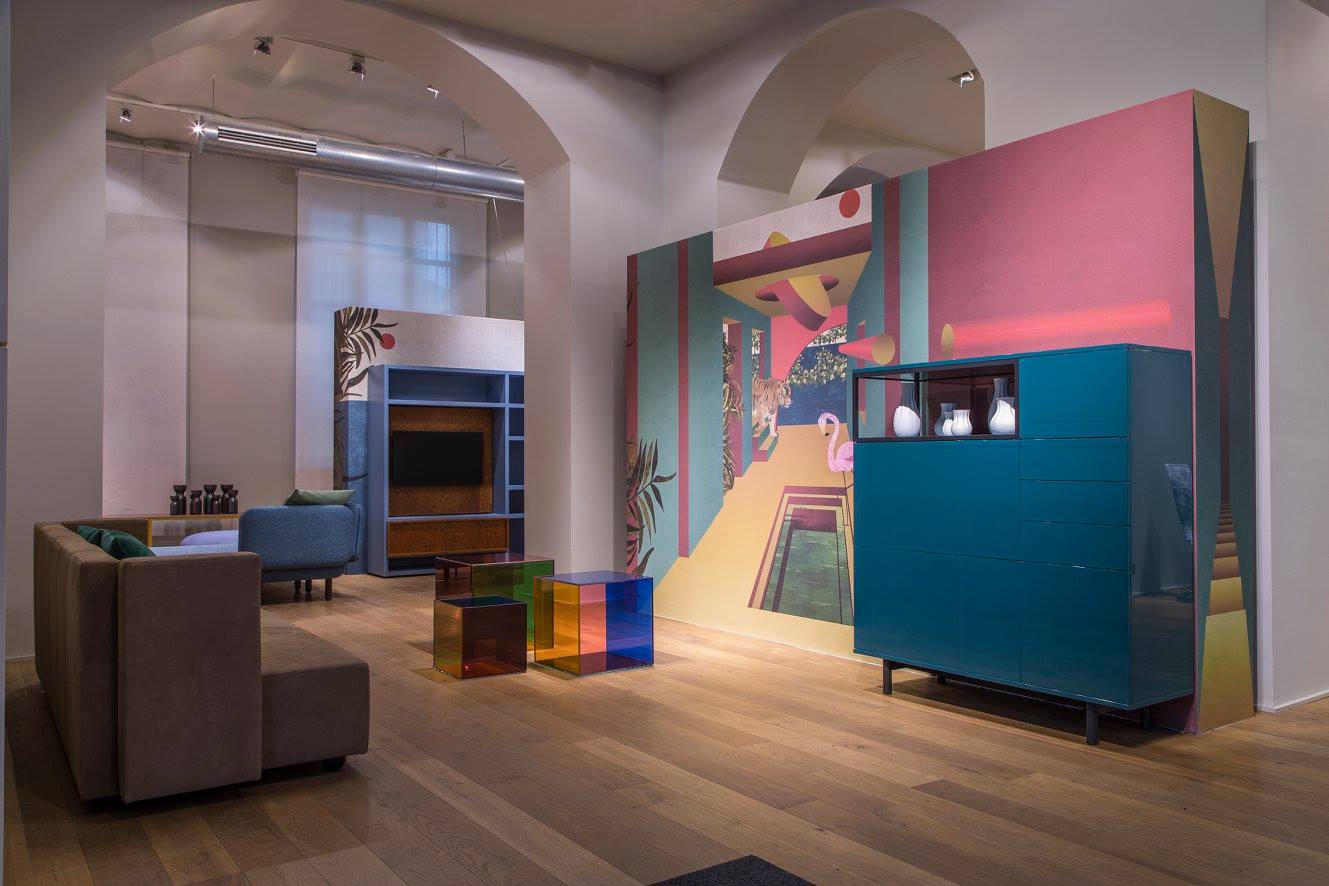 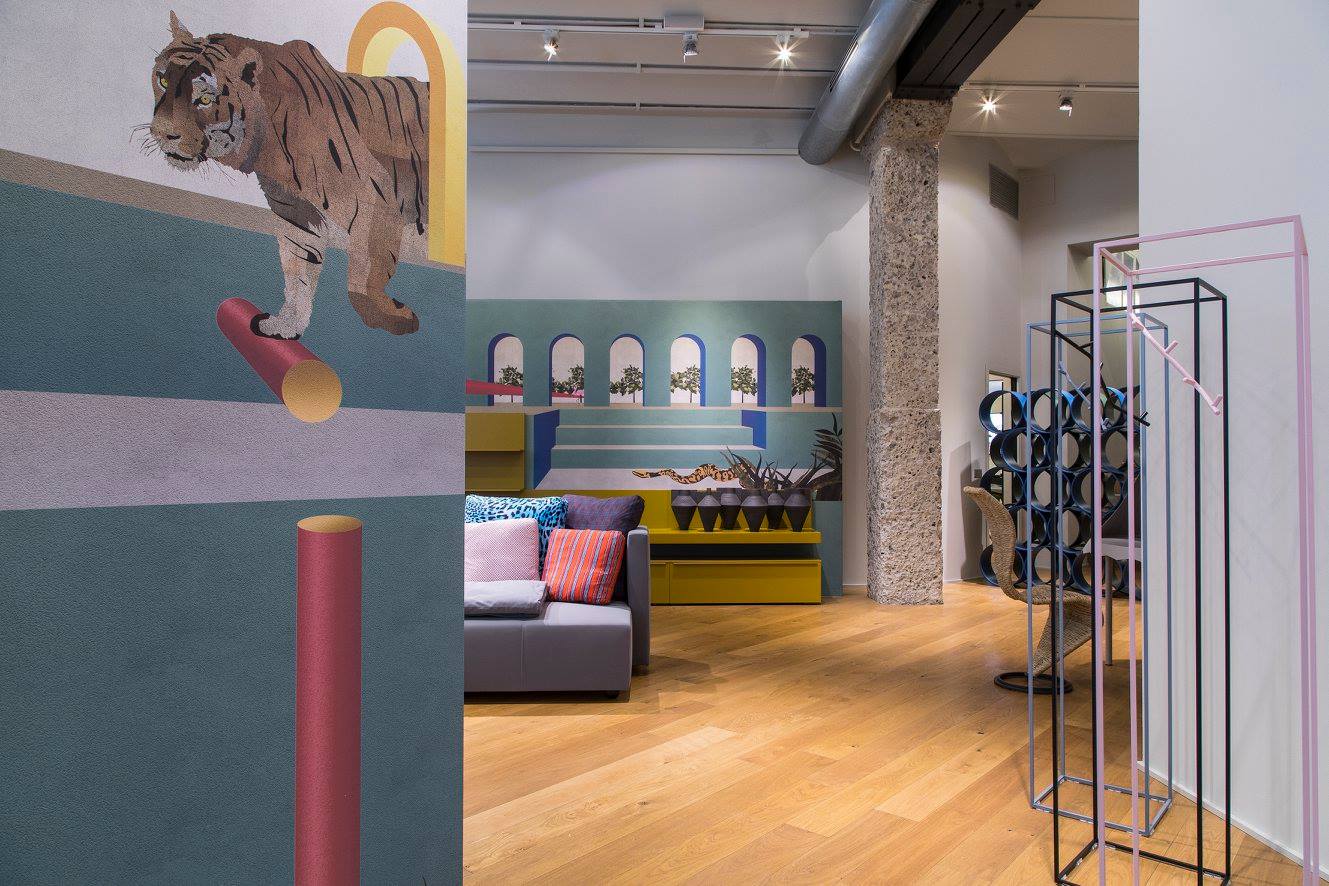 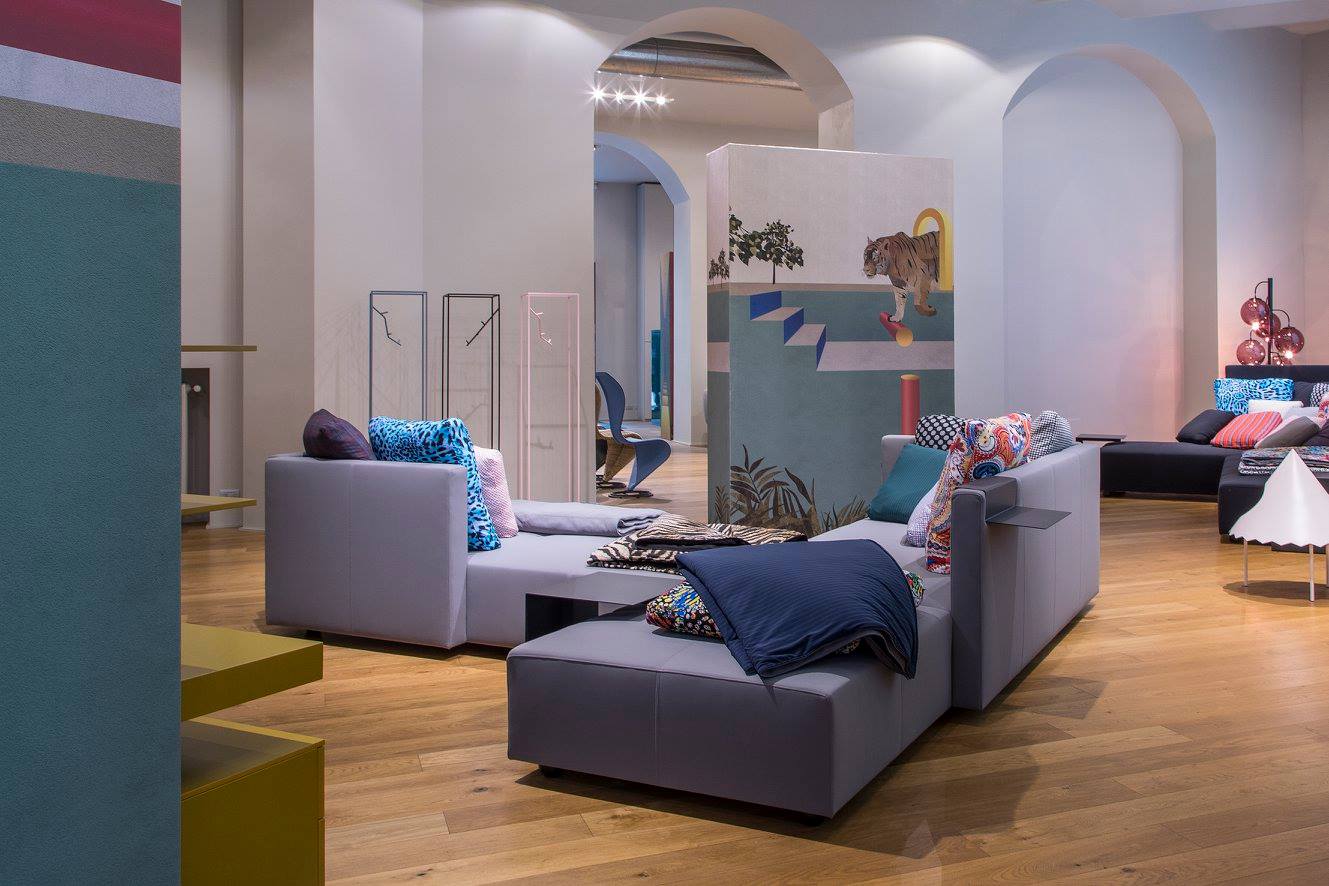 The project started from the advertisement design for the Milano DesignWeek 2017 showroom exhibition and subsequently continued in the graphic design of the whole showroom exhibition. The only guideline stated by Giulio Cappellini was that the graphics should in some way relate to the theme of the new product collection “Contradictory Combinations”. In this frame, the design process started with a research in diffeent fields (art, fashion, architecture, graphic, etc) to find the right concept and the right references in terms of style, language and colours. The general approach that has been finally chosen intended to create “internal” contradiction in the graphics in terms of textures, colours, scale, perspectives and tricky relationship between real elements, photos and drawings. In the advertisement, the pictures of some of the most iconic Cappellini products are inserted in spaces described by distorted perspectives with a misleading relationship between inside and outside. The inside recalls the colours and volumes used by Louis Barragan with a kind of metaphysical atmosphere, inspired by some De Chirico and Carrà paintings, where the textures are clearly out of scale and every detail is simplified to the maximum. The outside space is more alive, cold and “wild”, explicitly influenced by the lush and magical outdoor views populated by animals and plants painted by Henri Rousseau. The step from the advertisement image to the showroom graphic landscape design has been really simple: a natural evolution from two dimensions to three. Keeping the same language, in the showroom, the perspectives create a scenario that perfectly melts with the showroom’s spaces creating a real theatrical ambient. The previous contradiction between pictures of real objects and drawn spaces here develops in the relation between real products with unnatural perspectives.